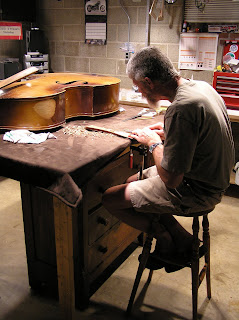 I’ll continue to update with new post as he makes progress. We have not picked out a string yet but we are leaning towards Thomastik Dominants solo tuned to EADG.
Posted by The Bass Monkey Workshop at 6:04 PM